Employee theft comes in many shapes and sizes.

Defined as any stealing, use or misuse of an employer’s assets without      permission, employee theft hurts everyone. Employee theft, mostly time theft, is a real problem in our culture. Here are some examples of employee theft that come to mind.

There is a trickle down effect caused by employee theft.

Eventually, it hits the consumer’s wallet in the form of higher prices. For that reason, stopping employee theft is good for us all. It keeps the business profitable, customers happy with prices that aren’t inflated, and honest employees more content and secure in their jobs.

Maybe we don’t spend enough time talking with clients about using their GPS data to prevent or expose employee theft, but it can be a great tool. A few years back, a client called me because they suspected foul play. This client recycles used cooking oil into other products. They noticed a marked reduction in the yield they were getting from the oil cleaning process. In an effort to understand what had changed, they looked back at their GPS tracking history. They spotted some unauthorized stops in their GPS tracking data, and called me to see what to do next.

After creating a zone around the unauthorized stop location, we reprocessed several months of data against the new zone. Reports showed both history in the zone and a pattern. That was the information that told the story. Not too long after, the Baltimore Sun reported “Three charged in Hartford in $1 million scheme to steal used cooking oil.” You can get the whole story here.

It is so rewarding that Fleetistics and the products we represent make a measurable difference. Above all it reminds us when we are confronted with a real-world example like this. In this case, we had a part to play in stopping employee theft, and the trickle-down effects that theft would have had on others. 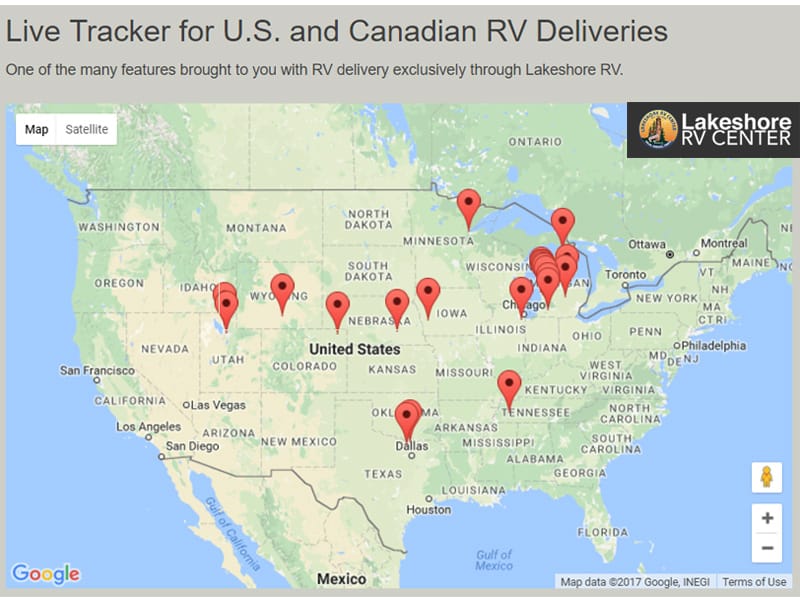 Customer utilizing customer links to display vehicle location for customers to view while RVs are being delivered.

With MyFleetView (MFV) you can extend the benefit of your fleet tracking system to your customers by sharing the location of your fleet. Customers can create, share, edit and void links for customers. Lakeshore RV did just this by adding the location of their fleet to their website. You can share one vehicle or asset or share them all. MFV links require no logging in because the contain an embedded, encrypted token used to access the database.

MyFleetView is great for field managers because by saving a shortcut to the phone desktop, accessing vehicle locations is just one click away. This is simply more convenient than logging in and navigating through several menus to get to their fleet. It is also much safer since it is a single step instead of 3-4 which takes the eyes off the road for a longer period.