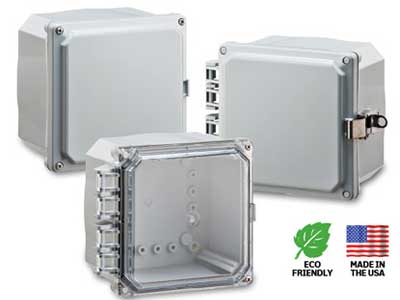 NEMA is an organization that has developed an international standard for rating an enclosures resistance to various elements. Elements such as humans, moisture, debris, fire, temperature, pressure and other elements all determine an enclosures NEMA rating.

For applications related to GPS vehicle tracking a NEMA enclosure from a big box store might be all you need and many are available in the electrical section for under $20.